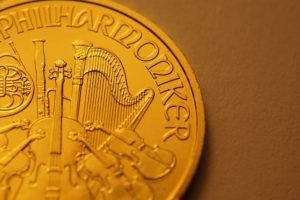 Bullion coins are great for any collector who takes particular pride in their coin collection. This area of coin collecting is especially for those who wish to combine investing with their hobby. Investable bullions consist of precious metals, most commonly gold and silver, and can be traded as a commodity in the exchanges. In order to be classified as a bullion coin, it must have been made after the year 1800. Additional qualifications include a purity level of no less than 900 thousands and it must have been legal tender in the country of its origin, either in the past or present.

Four different metals are used to mint the coins in several different countries. In addition to gold and silver, palladium and platinum also make up a number of the coins.

Gold is used in many things, some that we are aware and some that are not so obvious. Common uses include money, jewelry, electronic components, some gourmet foods, and even has been used in medicines. Origins date back to as far as 4th millennium BC, with widespread use in Egypt since 2600 BC. America’s famous gold rush is perhaps only the latest in large scale quests for the metal.

Silver shares many of the same uses as gold. Dentistry, flatware, use in mirrors, and even in clothes for its ability to prevent bacterial and fungal growth are some of the things silver is more prevalent in. Though it has been used throughout history nearly as long as gold, World War II was when it really took off. A copper shortage during this time prompted a need for an alternative and silver stepped in to fill the need.

Platinum is one of the rarest elements found in the crust of the Earth, naturally occurring in the alluvial sands of a variety of rivers. Known use of platinum did not occur until the 1500s in Europe. As well as use as currency and jewelry, platinum is often used in production of spark plugs, catalyst converters, and fuel cells.

Palladium was discovered around 1803 and is part of the platinum group of metals. At one time the metal was prescribed as a treatment for tuberculosis and shares many present day uses with gold, silver, and platinum.

Trading bullion coins is very popular. A simple internet search can provide you with a seemingly endless list of firms wanting to buy and sell them. Gold and silver have many traits that make them a very desirable commodity in the market.

• Gold has been in use as currency for more than 5,000 years, and continues to have a strong track record.
• Gold has shown to be possibly be the safest and greatest earning investment during economic struggles.
• Silver is second only to oil as the most useful commodity on the planet because of the versatility it processes.
• Both are very limited in the amount of investment grade that is available, making them worth even more.

Collecting and trading bullion coins is especially popular in India, most likely stemming from this country’s long tradition of acquiring and valuing gems and precious metals. Coins are readily available for purchase here, including jewelry stores, post offices, and more than 3,000 bank branches.